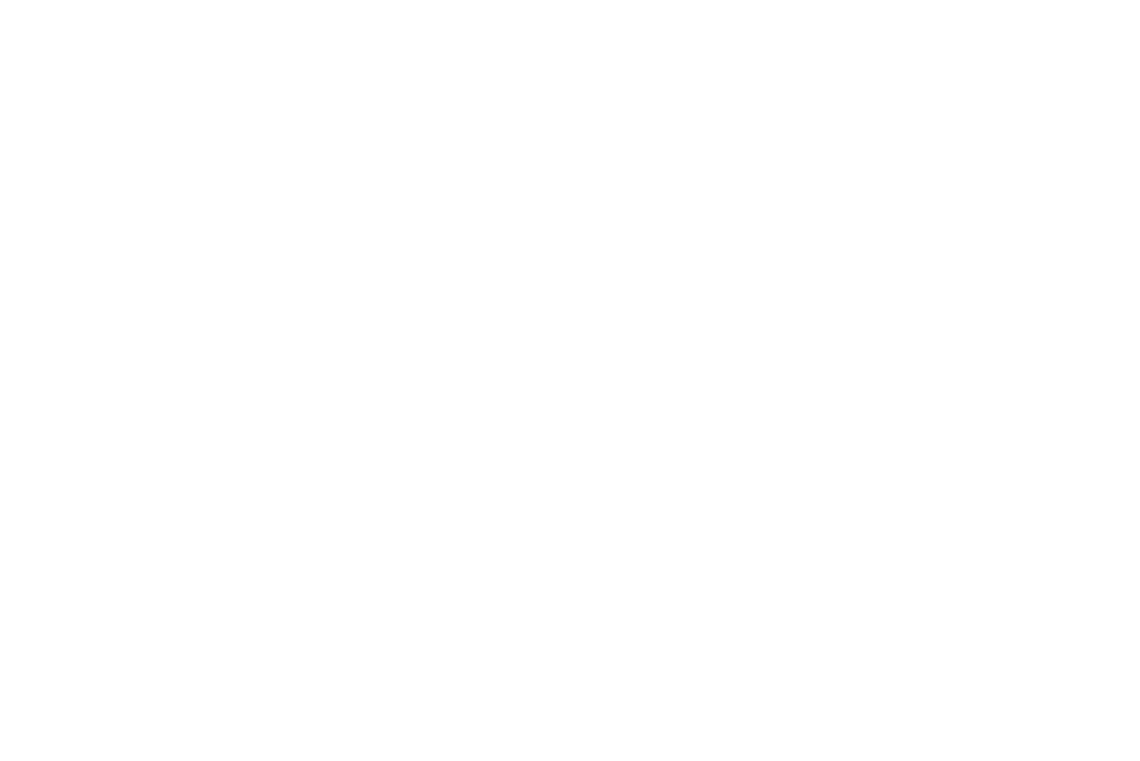 The organisers of Lineapelle have agreed to introduce a new component, Innovation Square, at the next exhibition (Milan, September 25-27). Start-ups will have a chance to pitch their ideas to a large variety of stakeholders, including academic institutions, as well as potential investors from the world of finance and from bigger tanning groups, who have a desire to hear about new things and the budget to back them.

September’s Lineapelle exhibition in Milan will have a new component, a forum for developers of new technologies and ideas to pitch to a wide range of new stakeholders, including potential investors from inside and outside the leather industry.
Under the title Lineapelle Innovation Square, the new feature is being coordinated by experienced leather industry consultant Federico Brugnoli. He has presented the concept to groups with a particular interest in start-ups and these groups will have representatives at the event, paying close attention to the ideas that come up for discussion in the course of the three days.
As well as potential investors from the world of finance, Mr Brugnoli says he believes some of the larger tanning groups are also ready to hear about “new ideas that will really make a difference” and have the budget to invest in the ones they like best.
Organisers have said these sessions are likely to prove interesting to universities and research institutions as well, and those present will include the Massachusetts Institute of Technology, the London College of Fashion, the Politecnico di Milano and the Adolphe Merkle Institute in Fribourg. This emphasises the broad range of people and institutions to whom participants will be able to “expose their innovative concepts”. Innovation Square will run across all three days of Lineapelle and there will be many opportunities for networking and discussion.
It will be a busy programme, with separate sessions on inspiration and innovation, biotechnology, the future of materials (and the materials of the future), biomimicry, functional materials, sustainability and the circular economy, digitalisation and Industry 4.0, and the skills that the industry is going to need in the years ahead. In total, more than 40 speakers will take part, representing ten countries.
“Science inspires the market,” the organisers of Innovation Square have said. “What we aim to present is an ‘inspiration hub’ at which companies will find new ideas that, even if not immediately applicable, will help to guide their research programmes in the years ahead.”
Some well known leather industry figures will take part, including Fulvia Bacchi, the general manager of the Lineapelle exhibition, Federico Brugnoli, in his capacity as curator of the Innovation Square component, Tony Covington, emeritus professor of leather science at the University of Northampton, and Gustavo Gonzalez Quijano, the secretary general of leather industry body COTANCE, as well as other well established leather and footwear industry organisations, including CEC, Inescop and CTCP. However, there will be new names and new faces, too. It is worth picking out just a few examples. 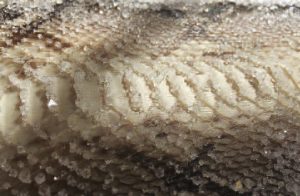 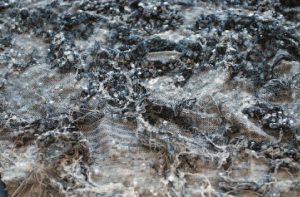 A start-up called Muuna has also caught the eye of the Innovation Square organisers and creative director, Hannah Croft, will be among the speakers. Ms Croft is an embroidery and woven textile designer and has set up Muuna to “fuse craftsmanship, artistry and innovation”.
What this consists of is growing crystals directly onto different substrates. So far, she has three collections: Aether, Ionic and Obsidian. The crystals form like frost on the fibres and produce unusual but attractive effects; they are cultivated minerals and give woven fabrics an individualised and sometimes other-worldly effect that are already catching the eye. Ms Croft took part in new designer events in London and Brussels last year and now has an agent for selling her designs to international clients. One major Paris-based fashion house has asked her for samples.

Polymer appeal
Developer of polymer bead-based technologies Xeros is a relatively familiar name but Qualus less so. Qualus is the recently announced new name for Xeros’ tanning technology division and global director, Vikrant Pratap, will speak at the Innovation Square. Qualus began to prepare the use of its technology in tanneries in 2014. It has said it expects its first revenues from applications in leather manufacturing to come through before the end of 2018 and has set itself the target of convincing tanners to use its water- and chemical-saving technology to tan 20% of all bovine hides by 2022.
Trials of the polymer-bead technology with leading European tanneries have been successful, Qualus states, and it is now working to find the best way to incorporate the technology into existing tannery processes. It insists commercial negotiations are ongoing “with multiple tanneries”.
By the end of March this year, the Qualus team had carried out retanning and dyeing of more than 2,300 hides during trials of the company’s technology, in partnership with a number of tanneries. “Production-scale trials have proved that our technology works for all hide applications,”
Qualus says, “including automotive and shoe leather, and irrespective of the material used to construct the drums.
We have designed the engineering solutions required to introduce our polymers into the tanning process, manage them during the cycle, and then remove them from hides before their [the beads’] re-use. These developments are a significant step forward for transitioning tanneries from trials to implementation.
”Its business model for the leather industry is one of “sharing gains with customers under long-term contracts”.
Moisture and the pine cone
Academic and entrepreneur Dr Veronika Kapsali’sinterest in the way pine cones work led to her developing Inotek. She describes it as a biomimetic textile platform in which ambient moisture triggers a reversible mechanical change in fabric structure and says it works well in providing materials with advanced levels of moisture and insulation management.
“I set out to investigate the shift from passive to animated textiles,” she explains, “in the context of the discomfort sensation caused by a build-up of moisture in the microclimate. I conducted a series of real-time trials recording skin moisture and temperature data while navigating London’s public transport system, compared findings with the literature and concluded that moisture is directly linked with damp discomfort and provides a more efficient trigger than temperature.” She will expand on these ideas at Innovation Square. 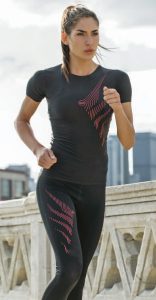 Graphene-based textile start-up technology provider Directa Plus has more than doubled the number of customers using its solutions, from 16 in 2016 to 35 by the end of last year, but leather remains new territory for it. It makes graphene-based nanoplatelet materials called G+ that integrate well with textiles and, according to the company, whose chief technology officer, Laura Giorgia Rizzi, will take part in Innovation Square, endow garments with functions such as thermoregulatory, bacteriostatic, electrostatic and others.
By the end of 2017 it had sold around 15,000 metres of fabrics enhanced with its G+ technology to sportswear brands such as Colmar, Oakley and Deewear and more recently signed contracts with workwear brand Alfredo Grassi and denim brand Arvind.
Leather may open up new avenues for the company. 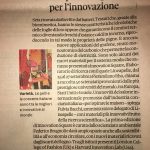 A Lineapelle la “piazza” per l’innovazioneUncategorized