Job Profile
Studied BA at the Bezalel Academy of Art & Design in Jerusalem. Completed his MA at the Royal College of Art, Design Products department in London 2003.  Assa Studio ltd, the company was established in London and focusing on Research and Consultancy within the digital product design, distributed manufacturing and 3D user experience interaction online.

Working with large multinational design firms such as Nike, Samsung, Panasonic, Amazon, Target and the UK Home retail group of companies among others, Assa has developed a unique product design approach that incorporates user inputs into a ‘safe’ 3D personalisation experience. With a strong manufacturing R&D capabilities the studio is working closely with brands innovation teams on new design and production workflows, scale and materiality.

Assa has patented, trademarked and later awarded UK government funding to develop Digital Forming ltd and his vision of embedded ‘open 3D products’ featuring the technology with a collection of 3D shape modifiable products at London’s Science Museum’s 100 years
anniversary in 2009. Following his RSA 21st century manufacture keynote, he was invited to install a 3D interactive product show of ‘co-generated’ products with users at the Victoria & Albert Museum over London’s design week 2011. Assa’s limited edition objects and a selection of co-designed digitally produced objects where bought by the Plasticarium museum, one of the world’s most comprehensive plastic pop design permanent collections as a glimpse into the future of product design in 2012 and in 2013-14 presented a collection of laser sintered (3D printed) objects within a user co-designing 3D software at both Design & Science Museums in London.

Assa has exhibited in different galleries and museums around the world; his work is included in permanent exhibitions and public collections. Some of his early work was bought by The Contemporary Art Society for the ‘Special Collection Scheme’ in London 2003. His OMI light for Materialse mgx is one of the first 3D printed products to be distributed to a mass market in 2004. Assa was invited to show at London’s Design Museum Tank and Atrium in 2005 and received the Design Museum and Esmee Fairbairn Foundation Award. He introduced the Osteon chair, the first chair to be designed using a combination of 3D tools and artificial intelligence using only 1/3 of the anticipated material usage, produced by EOS SLS (3D printing). He received the ‘Red Dot Award’ for product design 2006. In his show at Rabih Hage gallery in London Assa exhibited the AI light, a biologically inspired mechanism with a built-in ‘digital brain’ and sensors, introducing the notion of ‘training’ over controlling products in 2007.

Assa was invited to lead and take part in writing and establishing the new cross-disciplinary ‘MA Design Suite’ of the CASS in 2008 and worked there part time until 2016. He regularly gives workshops at Central Saint Martin School of Art & Design, The Bartlett school of architecture and the Royal College of Art & Design in London. During 2016-2017 Hosted by Kyoto D-Lab and with Japanese government research funding, Assa has initiated and lead a collaboration with macromolecular and bio material scientists to research and develop a new Bio inspired 3D autonomous design technology. The project findings present a radicle design and manufacturing improvements in speed, efficiency and energy savings. The new technology and research was presented at London design Museum and is scheduled to be exhibited at the Museum late 2018. 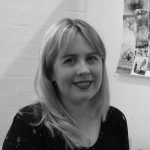 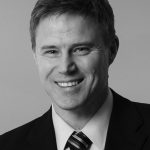