Mr. Ferraro is the Executive Director of the FIT/Infor Design and Technology Lab (DTech) at the Fashion Institute of Technology in NYC. The DTech Lab is a public/private partnership whose mission is to engage faculty and students to solve industry problems using design and technology. The strategic goals of DTech’s experiential learning are accomplished through projects that empower entrepreneurs
and engage industry.
Creative technologist, researcher, artist and educator, Mr. Ferraro’s career spans the worlds of software development, virtual reality media production, fine art, commercial entertainment and higher education. He came to FIT from Lehman College/CUNY where he spent 12 years as an associate professor in the digital media program of the art department. In 2015, working with students, he won a NY Emmy for Graphics and Animation Supervision for a series of PSA’s entitled “Best of the Bronx”.
In 1996, Mr. Ferraro co-founded PossibleWorlds, Inc, where he invented the innovative real-time animation technology known as Kabuki™, which has been used by media outlets such as Cartoon Network, Disney TV, MTV and Warner Brothers. In 1986, Mr. Ferraro co-founded Blue Sky Studios, a feature length computer animation studio where he was VP System Architect. Prior to Blue Sky, Mr.
Ferraro was part of the R&D team at MAGI/Synthavision.
Mr. Ferraro earned his MFA from the University of Massachusetts, Amherst and his BFA from Syracuse University. He resides with his family in New York City. 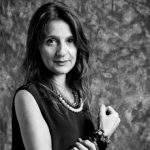 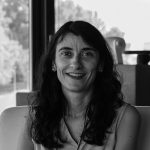